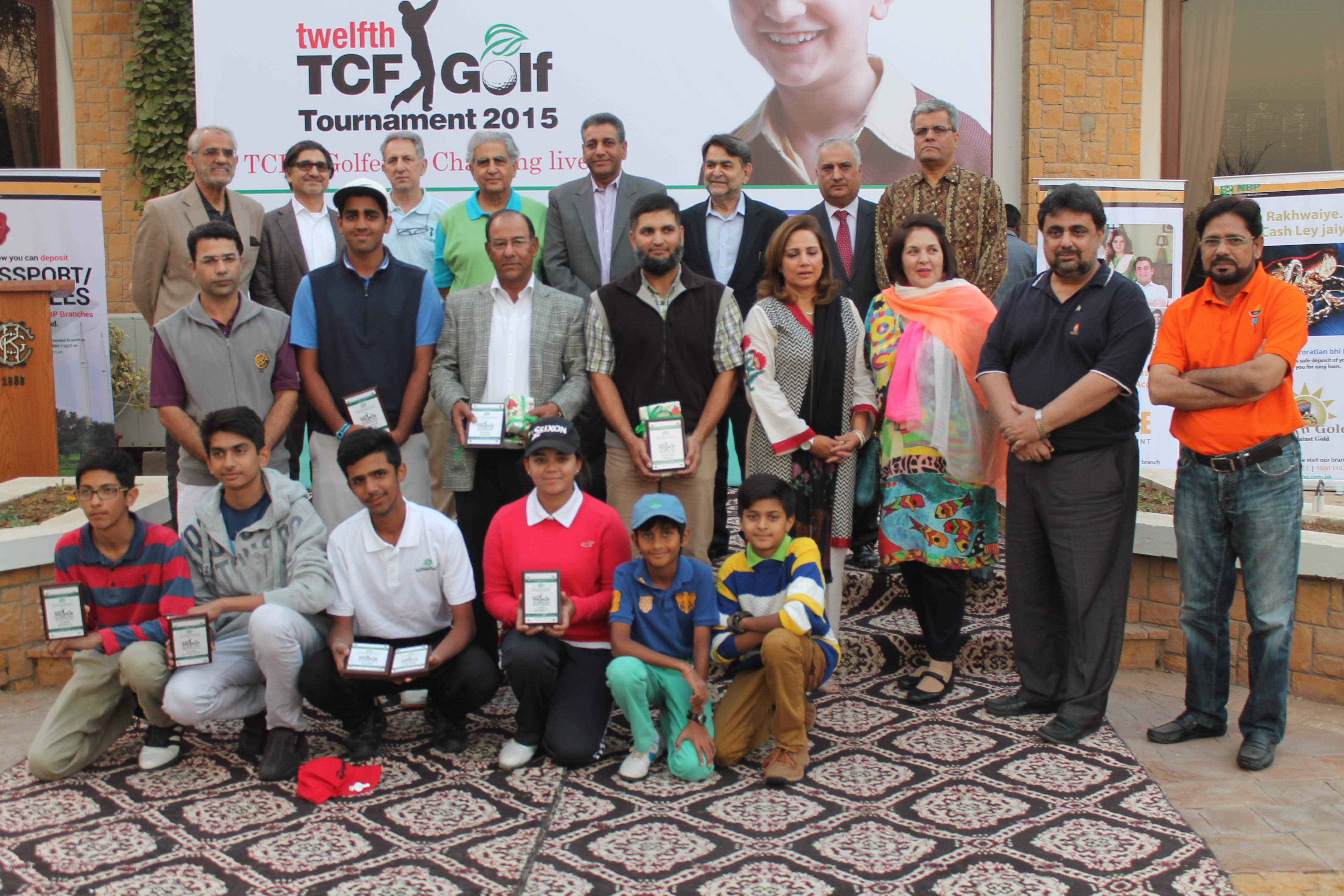 The Twelfth TCF Golf Tournament, organized by The Citizens Foundation, was held on the 20th of December at Karachi Golf Club Karsaz. The two day tournament was held as part of an annual fundraising event aimed at empowering more underprivileged children across Pakistan with an opportunity to transform their lives through access to a quality education. The tournament was played by 315 golfers in 40 teams as well as individually including accomplished business people, corporate heads, socialites and other supporters of TCF’s commitment to a quality education for all. The major categories in the competition included ladies, juniors, veterans, seniors

“TCF Golf Tournament is our annual fund-raising sports event that has become increasingly popular among the golfers of Karachi. It’s a unique event that lets golfers cherish the spirit of the game while also supporting education. Now in its 12th year, TCF Golf Tournament continues to gain traction from the golfers and we are increasingly overwhelmed with their growing support towards TCF. The proceeds collected from the event help us immensely in educating the children of Pakistan who are our only hope for a brighter future,” said Mr. Mushtaq Chhapra, Chairman TCF who is an ace golfer himself.

The proceeds from this event will be used to further TCF’s mission to make quality education accessible to an increasing number of children across remote areas of Pakistan.