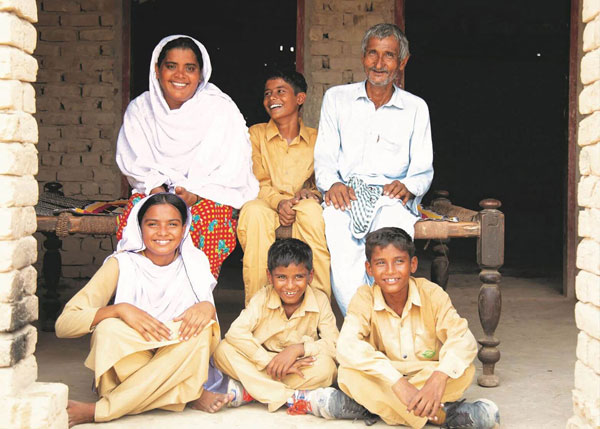 As temperatures peak at midday, Aslam, a student of class 3 in the TCF School in Naushahro Feroze, Sindh, returns home. Without a moment’s delay, eight-year-old Aslam changes into his home attire before taking his place behind the spinning wheel. He then grabs a blob of wet clay and throws it onto the head of the spinning wheel – bending it skillfully between his finger joints. While doing this, he steadily kicks the wheel with his legs with enough force to keep it spinning in circular motions.

“Abu (father) taught me that the secret to good pottery is well-kneaded dough. What I create out of mere mud provides so much use, especially in keeping the water cool during the summer heat,” shares Aslam as he deftly moves his hands in upward motions to thin the walls of the pot. Using his thumb, he then hollows out the centre of the pot, carving a narrow rim.

“Pottery is a craft that was handed down to us by our ancestors. But today, it has become a means of survival for us,” says Abdul Latif, Aslam’s father, a man enfeebled by age. “As my health grew worse over the past few years, Aslam took over the responsibility of making the pots. Not only is he a high achiever in school, but because of him we are able to earn our bread.”

All of Abdul Latif’s children study at the TCF school except for Ashraf, the eldest one, who works at a dry cleaning shop in Karachi. “Ashraf had to drop out of school in fourth grade and sacrifice his dreams to support the family, but I want the rest of my children to study and have a good life, unlike ours,” says Aslam’s mother with a hint of sadness. “Aslam is a very obedient child who spends most of his time after school either in pottery or doing his homework,” she shares proudly. 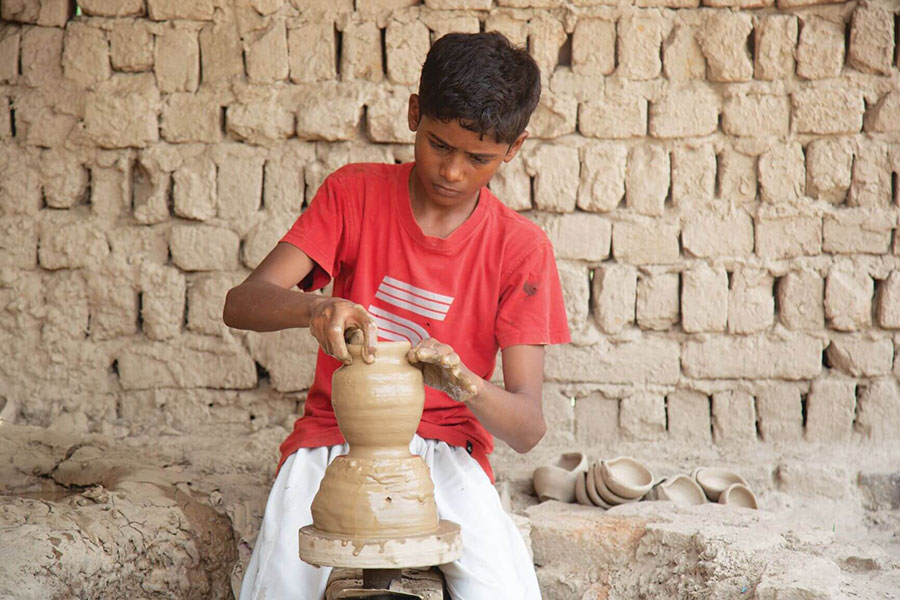 For the next few hours as Aslam wipes off the small beads of sweat on his forehead, the molding and shaping continues until he has readied several pots for baking. Once enough pots are baked, his father travels to the nearby town of Moro to sell them for Rs. 50 each.

Aslam loves studying Math. “I enjoy practicing geometry the most because it involves a lot of shapes and figures,” he shares as he molds a delicate oil lamp.

He then adds shyly, “I dream to become an engineer when I grow up so I can develop my city.”