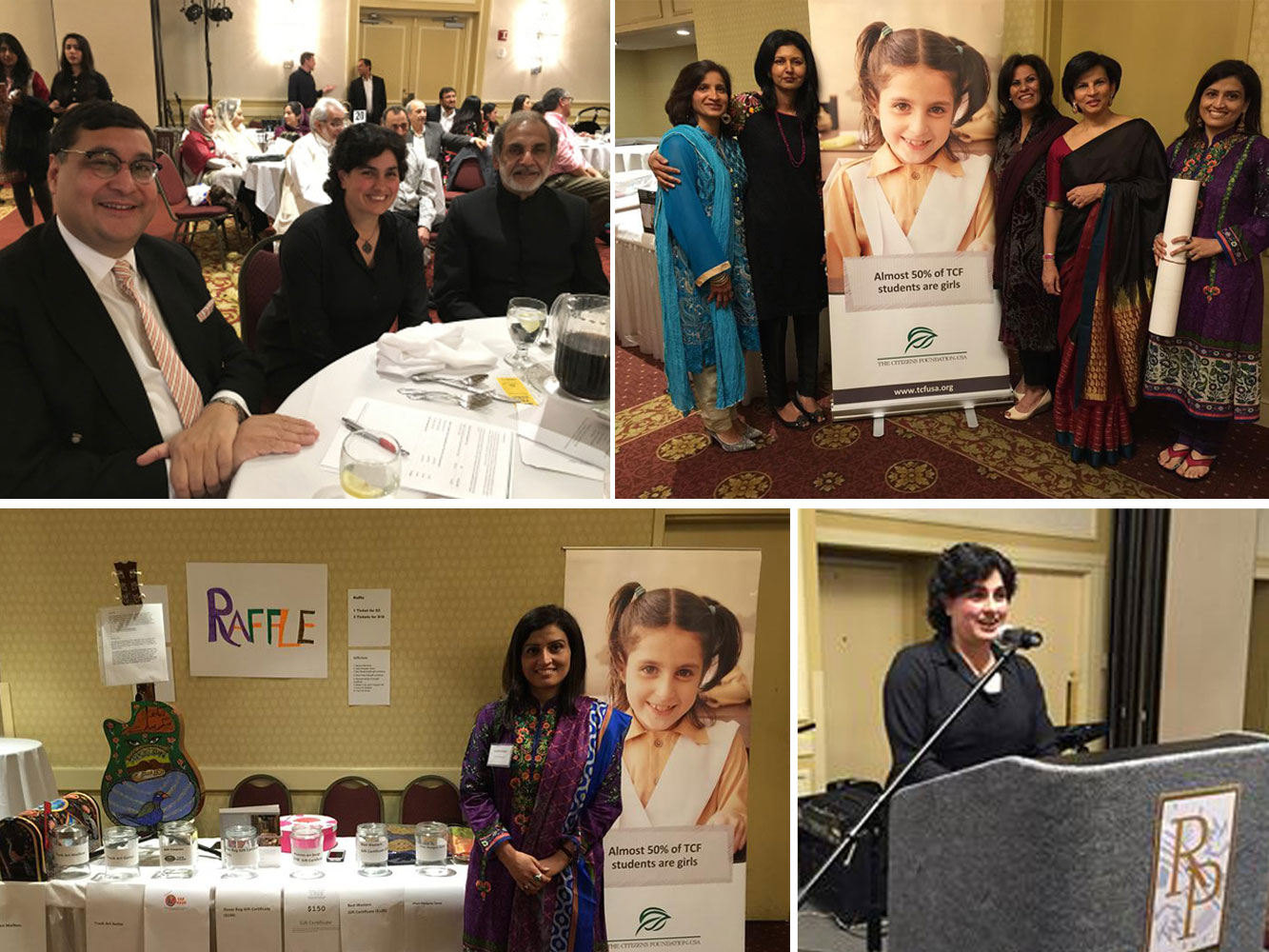 Published in The News

The Citizens Foundation is doing an amazing job, and I’m honoured to be here,” said Nergis Mavalvala, giving the keynote address at the sold-out Third Annual The Citizen’s Foundation (TCF) Boston Fundraiser on Saturday, 7 May, 2016.

Propelled to celebrity status by her role in the recent breakthrough on gravitational waves predicted by Einstein, the Pakistani-American astrophysicist at MIT added, “TCF is fantastic – give generously”.

“They didn’t ask me to say that,” she added, raising a laugh from the appreciative audience that filled the spacious hall of the hotel in Westborough, MA. The entirely volunteer-run event glittered doctors, lawyers, accountants, professors and other successful professionals from diaspora families, mostly of Pakistani origin, as well as Indians and others.

Many of them afterwards crowded Mavalvala wanting their photos – and their children’s photos – taken with her. Down-to-earth and gracious, she patiently and smilingly obliged.

The award winning non-profit TCF has won global accolades for its high quality education, transparency and exemplary administration. Starting with five schools in 1995, it now has over 175,000 students enrolled in 1,202 school units in low-income localities in 54 districts across Pakistan. TCF also runs the 141 Schools project, building a school for each student killed in a terrorist attack on APS, Army Public School, on December 16, 2014, in Peshawar.

Recounting her experiences of growing up in Karachi where she attended the Convent of Jesus and Mary, Mavalvala said she “had many teachers, many of them not in school” — like the bicycle repair shop guy and electrician who taught her how to use tools and “build things”.

She said more than her formal education, it was her love for building things that got her accepted as a Ph.D student at MIT 25 years ago with Rainer Weiss who heads the gravitational waves experiment that Mavalvala predicts will soon win him a Nobel Prize.

“Education,” she noted, “comes in many forms. The most precious gift to a child is to let her curiosity grow and cultivate it.” It is also about mentoring and taking children “along on the journey”.

Referring to the financial aid package that enabled her to attend Wellesley College, Mavalvala stressed the importance of investing in education. Basic rights like food, shelter and health are important, “but without education, nothing else is worth it.”

Introducing Mavalvala, Adil Najam, Dean of the Frederick S. Pardee School of Global Studies at Boston University, highlighted Article 25 of Pakistan’s Constitution that stipulates the right to education. The National Assembly in November 2012 unanimously passed the Right to free and Compulsory Education Bill 2012 to ensure enrollment of all children aged five to sixteen years. Pakistan’s current rate of school enrollment is its highest ever, noted Najam, but it needs to increase by 400 per cent to reach this goal by 2030.

No wonder a sense of urgency drives TCF supporters, who have grown it into a movement beyond borders by chipping in to push the cart that says “Educate Pakistan!” to quote Ateed Riaz, TCF co-founder and member of TCF’s Board of Directors in Karachi, who also addressed the gathering.

Riaz noted that besides obtaining a good education and skills training helping them to earn a decent living, TCF students learn to respect others. TCF’s co-ed classrooms and female teachers positively impact children’s ability to deal with the opposite gender and to see women as role models.

TCF also provides alternatives to people, enabling them to enter the mainstream. TCF graduates have done well not only at institutions like the prestigious Institute of Business Administration (IBA), Karachi, and the Lahore University of Management Sciences (LUMS), but are also entering the coveted Civil Services of Pakistan.

“These are stories that motivate us to go forward,” said Riaz.

Enabling students to study in the same institutes as those who have more resources also chips away at class barriers. In a film shown at the start of the event, the son of a factory watchman recalls how, looking around his new classroom at IBA, he realized that a girl seated nearby was the daughter of the factory owner for whom his father worked as a chowkidar or watchman for 35 years.

Stories like this recounted at the event and shown through films moved many of those present, motivating them to pull out their cheque books and credit cards to donate – in some cases more than once, handing over their donations to the volunteers going around the room.

For accounting professional Yasmin Causer, the motivating factor, besides her trust in TCF, was the footage of children walking in the ‘keechar’ (puddles) and the desire to get them into school. “That’s the most painful part of going home,” she said – referring to Karachi despite having lived in the USA for over 30 years.

High school chemistry teacher Khalida Hakam, originally from Peshawar, said that there are so many organizations doing so many good things in Pakistan. For her, “education is the most important cause, and TCF is doing great work.”

This year’s Boston fundraiser helped raise over USD 100,000 – 75,000 of it within half an hour of an appeal by Mahmud Jafari, community leader and entrepreneur whoseDover Rug & Home was an event sponsor.

“We can either be part of the problem or part of the solution,” said Jafari, noting the challenge of changing “dreams into bigger aspirations” for the over 24 million children who are out of school in Pakistan. “We must educate them. We have the choice to turn them into assets or turn them into liabilities.”

Shujat Ali Khan also performed at TCF fundraising galas in Washington DC and elsewhere. Other TCF events in the USA this year range from small events organized by young professionals in New York to information sessions in Sacramento, CA, besides fundraising galas featuring crowd-pullers like Humaira Channa in February-April across the USA — in Houston, Phoenix, Silicon Valley, San Antonio, and New Orleans.