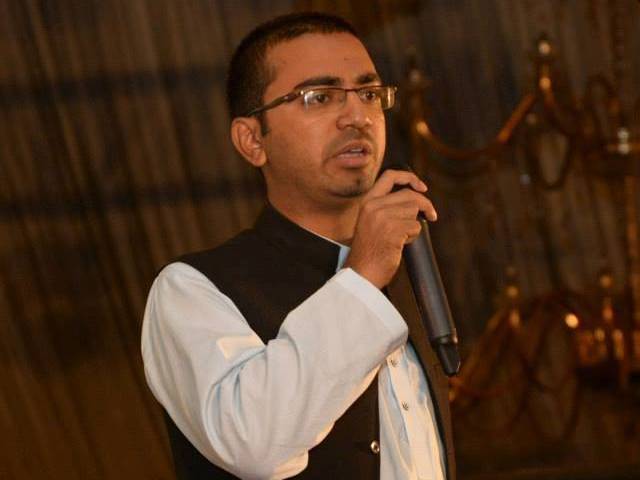 Originally published in The Express Tribune

This is a moving story about a young man from a katchi abadi in Karachi, who graduated from IBA, Karachi despite his father working as a mazdoor in a wire factory for 35 years. Today, Nadeem Hussain works as a World Bank Technical Assistant to the Government of Sindh and after his office duties are over for the day, he helps children from katchi abadis secure admission into top tier universities like IBA, so they can experience the same life transformation that he did through the power of education. What’s even more striking about Nadeem’s story is that the daughter of the owner of the factory where Nadeem’s father works studied at IBA, at the same time as Nadeem.

“I’ve personally experienced how education removes the barriers of class and privilege,” shares Nadeem. “There was a time in my life when I went to the factory to help my dad sometimes. Later, when I secured admission into IBA, the owner of the factory was so proud that he hugged my father. My father was the proudest dad in the world at that time. Two years later, the daughter of the factory’s owner also got admitted into IBA and we actually took a course together. Now, I want other children from katchi abadis to have opportunities like this.”

“My father migrated to Karachi from Naushahro Feroze when I was a young boy,” shares Nadeem. “He started working in a wire factory and we got a house in a katchi abadi near the industrial area. There was no school in the area and I was an out of school child until The Citizens Foundation (TCF) opened up a campus in my area. My mother got me enrolled in grade four because she had studied till grade five and was able to teach me the Urdu alphabet on her own. I did my matric in 2007 and later applied for a fully funded National Talent Hunt Program (NTHP) scholarship in IBA. At IBA, I got the opportunity to visit the United States as part of an exchange programme and visited places like MIT, Harvard and the US Senate. In the US, I realised that no other child from my TCF school or katchi abadi would get the opportunity to see what I’m seeing unless I could help them in some way.”

In his senior year at IBA, Nadeem and a friend, Farheen Ghaffar, created the TCF Alumni Development Programme (ADP) together with a group of volunteers, to help TCF students find placements and funding for top tier universities like IBA, LUMS, NED, FAST-NU and Habib University. Here’s how their team works: first, the team collects data from TCF, of their graduates. These graduates are then educated about the different top tier universities and their programmes. For example, the application process to a top university is in itself so complicated and the application fee so high that it becomes a barrier to the application. The ADP’s team of volunteers mentor the TCF alumni and guide them through the application process while convincing university management to drop the application fees for such underprivileged children. Through their honest work and advocacy, Nadeem and team were able to convince Dr Ishrat Hussain at IBA to waive the application fees for all such students and recently, five students mentored by Nadeem’s team are successfully studying at IBA, fully funded by scholarships.

“We prepare children from katchi abadis for admission tests, the application process and securing scholarships,” says Nadeem. “We run this without any money and if there are any expenses, we cover them ourselves or through our team of volunteers. Our aim is to help bright students from TCF in katchi abadis make the jump to top tier universities and enable them to be successful. Through our programme over the last two years, we’ve placed one student at LUMS, five students at IBA, five at Habib, one at FAST-NU and two at NED. Currently, we’re trying to institutionalise this programme in universities around Pakistan, including AKU, DUHS, LUMS, NUST, GIKI and IoBM so that we can spread this idea. We would like to create a partnership where privileged children can help underprivileged children in Pakistan. Volunteers from universities seeking to help can reach out to us on https://www.facebook.com/TCF.ADP