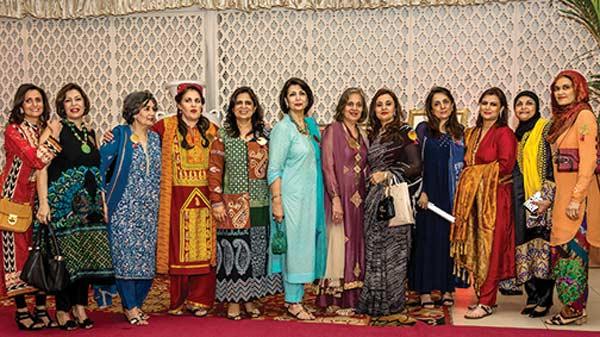 Published by The News

We all are aware that many organisations are doing tremendous work for the less fortunate of our country. And ‘The Citizens Foundation’ (TCF) is one such non profit organisation that is doing its bit to change the dismal state of education in Pakistan, by removing barriers of class and privilege. This organisation was set up in 1995, by a group of concerned citizens, with a mission to make basic education, the right of every individual, easily accessible to all, while making citizens of Pakistan, agents of positive change. So, the news is that recently a fundraiser ‘Mashal-e-Sabuq, Light of Literacy – a Homage to Balochistan’ was organised by the supporters of TCF. The main aim was to celebrate and pay tribute to the rich culture and heritage of Balochistan. Funds that were raised during the event would go to the organisation to create opportunities for underprivileged children of Balochistan to go to school. Mashal-e-Sabuq co-incides with the landmark achievement of TCF’s 1000 schools in Pakistan, spreading the light of literacy to 1,26,000 students all over Pakistan! The highlights of the event were performances by Hadiqa Kiyani, Fuzon band, Ustad Nafees Ahmed Khan, provincial talent Akhtar Chanal Zahri and his troupe and Ustad Bashir Khan on tabla. All the performances enthralled the audience. Later on, delectable cuisine of the region of Balochistan, was served at the event which left everyone wanting more. We hope that more of such fundraisers are organised in the future so that our entire nation can access education easily. All the best!