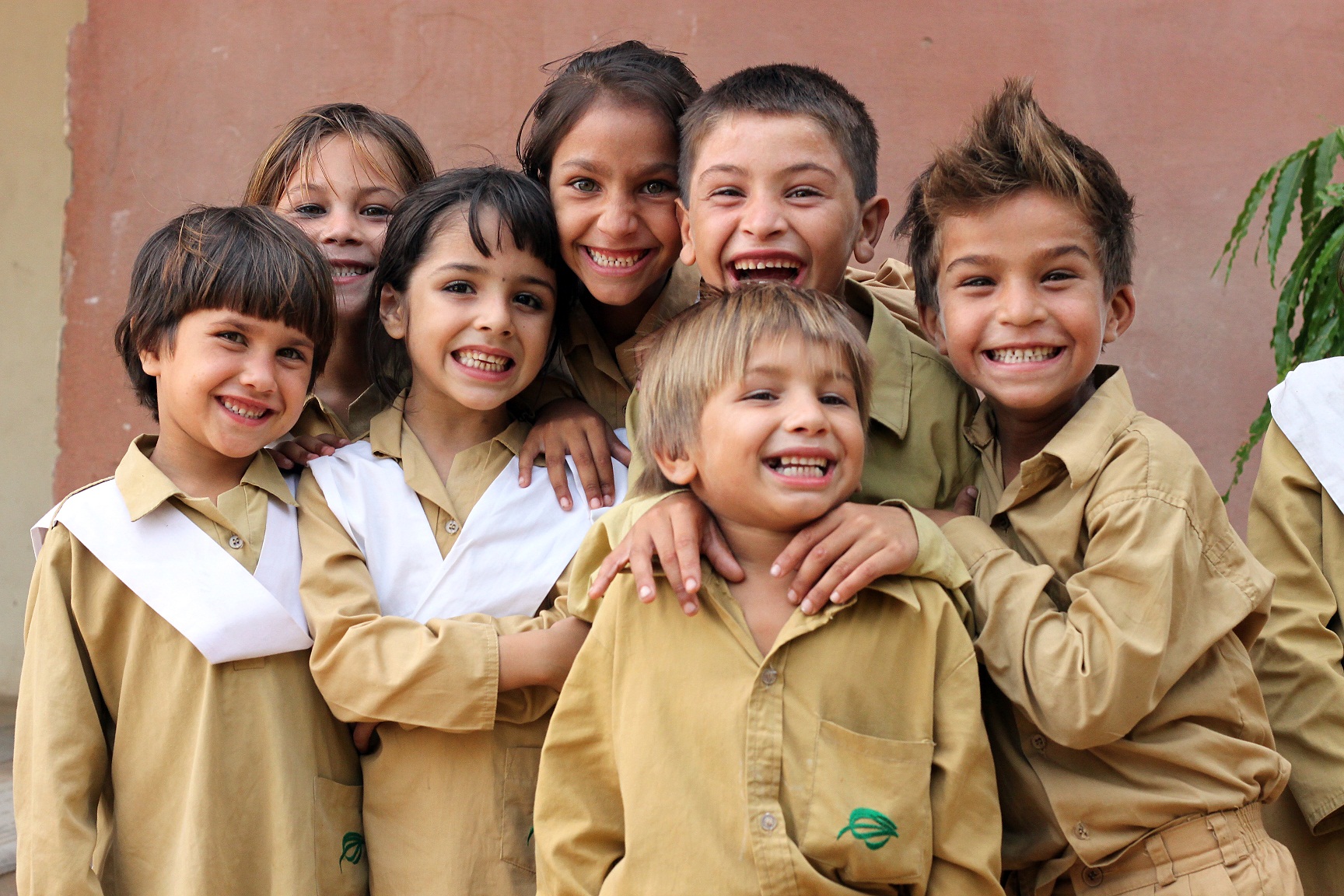 What factors led to the establishment of The Citizens Foundation (TCF)?

Back in 1995, the socio-economic and security situation in Pakistan was very bleak. We – the six founding directors of TCF – kept discussing what we could do to make a difference in this country.

We identified lack of education as the root cause of many issues. Prior to 1973, the government schools were quite successful in imparting quality education. But after nationalization, things changed. So when we started off, we said ‘let’s think big.’ We wanted to make a difference for thousands of families and planned to build 1000 schools, with an equal number of males and females.

TCF has a co-education system and schools are based in the most impoverished areas – urban slums and villages.

How was the response back then? What challenges did you face?

The first five schools were set up in 1996 and were financed by the board of directors. We did not want to go to the community and take money as first we needed to test the effectiveness of this system.

People were willing to send their girls if we recruited female faculty members. So that is what we did and it has turned out very well. We provide respectable jobs to women, including former TCF students.

The fee structure we set is also very flexible. We only asked for a notional fee of Rs 175. Even this was a lot for families with seven to eight kids and a monthly income of Rs.2000 to 3000. So we asked them what they could afford and some paid as little as Rs.10 per child. It is not free because this way they maintain a sense of self-respect and value the education their children are receiving. We also offer scholarships if parents are willing to send their girls along with the boys to school.

As far as challenges are concerned, they are always there. Two most important ones are having adequate financial and human resources. In 2010, we will be spending Rs 1.2 billion on building new schools and running existing ones.

Fortunately, Pakistanis are very generous – 96 percent of donations are made by Pakistanis.

We are also lucky to have bright and intelligent people working for the TCF management and are sure they will help achieve the Foundation’s goals.

How many TCF schools and students are there currently?

We have 600 schools educating 82,000 children and employing more than 4,200 faculty members. The biggest plus point is that we now have 48% girls and 52% boys, quite close to our original target.

We have identified three other areas that we have started working on. These include adult literacy, vocational training and provision of clean water.

People trust TCF’s name and the work it is doing. In what ways has the Foundation managed to create such an important place for itself among the local NGOs?

We have always had good intentions. We did not want any projection for any family or person or group. This foundation belongs to the citizens. We are just custodians and narrate what TCF is all about.

Of course, we needed to promote it so that it would become a household name. To achieve this, we have maintained very high standards. When we meet people, we ask them to visit our website and the schools. Everyone who has visited TCF has gone back satisfied. Our work is genuine and transparent – every rupee spent is accounted for. That is why people trust us. Visitors also talk to students and teachers. TCF’s children are its brand ambassadors!

Would you like to talk about any other marketing or promotional activities?

We have a dynamic marketing department. We advertise by putting up hoardings and billboards, and airing TV commercials. We have also filmed another documentary on TCF.

Sometimes articles are published in newspapers and journals. We also organise or take part in events such as musical evenings, plays, walks and book launches. Every two months we have a coffee evening, where the supporters of TCF gather to discuss and chip in a little bit. There is a complete plan of action developed before the beginning of each year.

In your opinion, what are some of the major achievements of the Foundation?

Our main achievement is of course that we are imparting high quality education to underprivileged children of the country. Every year there is an improvement in grades. This year, 49% of our students secured A and A+ in Matriculation.

Do you think enough is being done for education in the country by companies through their CSR activities?

Fortunately, in the last 15 years, there has been a change in mindsets in the corporate sector, which has really helped the NGO sector and social causes. Both national and multinational companies have CSR budgets, which are timely and helpful.

How do you feel about the media’s role in promoting NGOs? Does it encourage volunteerism?

Media – especially electronic media – is playing an important role in promoting social causes although much more needs to be done.

Volunteerism also depends on the kind of volunteer programmes that NGOs offer. For example, we have a formal summer programme each year, in which children can participate during their vacations. Then there is also a Rahbar (mentoring) programme. This is eight weeks long and conducted three times a year. Every Saturday, for two and a half hours, mentors interact, advise and play with TCF kids.