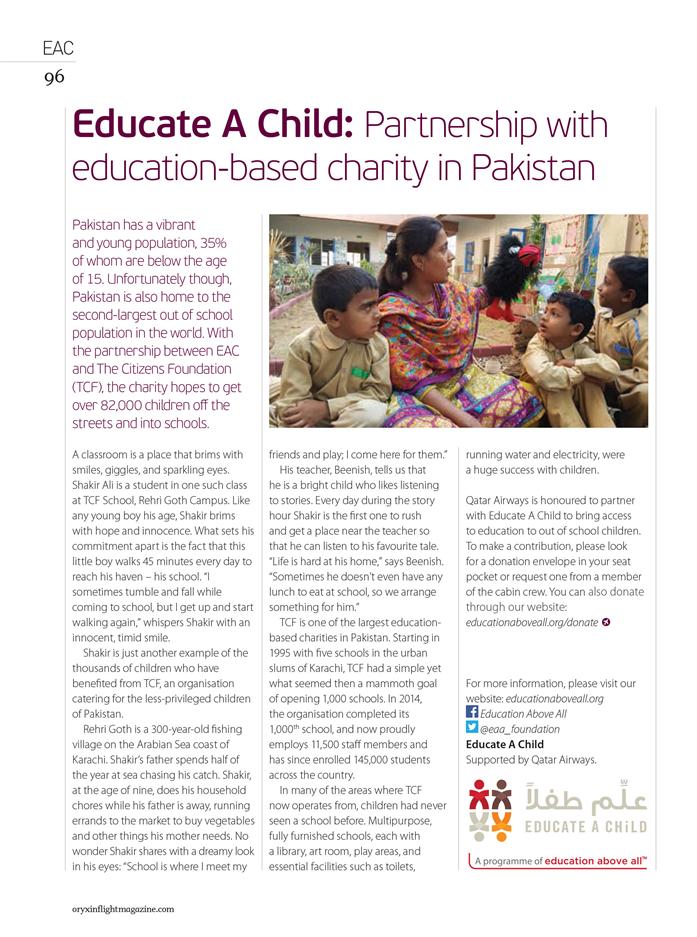 In Pakistan alone, the literacy rate stands at a meagre 55 percent (UNESCO, 2014), constituting one of the lowest literacy rates in the world. TCF was founded in 1995, as a response to these rates, by a group of citizens determined to resolve the education crisis in Pakistan and restore its broken education system. What began, in the year 2000, as an idea to build 1000 schools has now blossomed into a global movement currently heading 1060 purpose-built school units across Pakistan with an enrolment of 165,000 underprivileged students