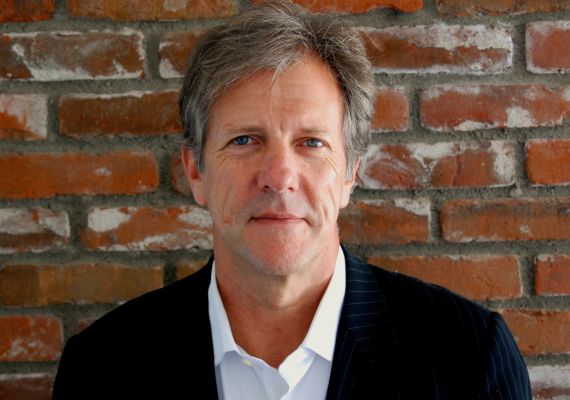 Imagine sending your children to school and there are no teachers.

You might go to the principal’s office to see what’s going on and to ask when the staff is likely to return. But the principal is not there either.

When you complain to the local education authorities they promise faithfully that the teachers will be back. While you’re at it, you mention that none of the toilets at the school work and that there’s no water for the kids to drink. There may not even be any chairs or desks. Or books.

In the U.S. you’d be expecting to wake up about now. You’d realize it was all just an unpleasant dream and walk your children to their nice school complete with teachers, books, desks and working toilets.

But if you were a parent with children in the public school system in Pakistan, you’d never wake from the nightmare.

There are said to be 25,000 “ghost schools” in Pakistan. The teachers all get paid. They just don’t see the need to turn up. They don’t go to school, so the kids don’t either. The result is one of the highest illiteracy rates in the world.

With a population approaching 200 million, Pakistan is the sixth most populous country in the world, but about 54 million are illiterate. While national statistics report that 70 percent of children are enrolled in in primary education, 50 percent drop out before reaching the fifth grade.

According to UNESCO’s 2014 report on the state of global primary education,Pakistan has nearly 5.5 million children out of school, the second highest number in the world after Nigeria.

If you have a daughter in Pakistan, the odds are stacked against her going to school at all, especially if you’re living in a poor urban slum or a rural area. There remain huge disparities in the levels of literacy between the sexes.

You can’t blame the children. The Citizens Foundation (TCF), a non-profit that relies almost exclusively on donations from Pakistani and expat supporters in the U.S. and other countries, runs 1,000 quality schools in the country’s worst slums and neglected rural areas. TCF has a long waiting list of parents desperate to get their kids educated.

I recently spent a week visiting TCF schools in Karachi. Immediately outside the school walls, there’s abject poverty. Inside the school gates, there are pristine classrooms, computer labs and spotless washrooms. Drinking water is provided to ensure that no child goes thirsty.

This sanctuary could be a snapshot from any classroom in the world — happy children hanging on their teacher’s every word, immune to the stresses of the world outside.

Now working in 100 towns and cities across Pakistan, TCF strives to maintain an equivalent enrollment of girls and boys. This is no mean feat in a nation that has marginalized women even as it elected Benazir Bhutto its prime minister, a height yet to be achieved by an American woman. To sustain this gender ratio, TCF has an all-female faculty, because parents are more likely to send their daughters to schools where the teachers are women.

TCF schools have succeeded where others have failed because they’ve won the support of communities that have been forgotten and abandoned by the state.

On October 8, TCF in partnership with the Woodrow Wilson Center in Washington D.C., co-hosted a conference titled “Pakistan’s Biggest Challenge: Turning Around a Broken Education System”, bringing together some of the best minds in education from around the world.

A range of solutions were on offer. Former Pakistani Finance Minister Shahid Javed Burki’s recommended that education reformers not waste their efforts expecting the corruption-ridden public system to mend its ways any time soon, and to instead focus on the private education sector. Meanwhile the Punjab Education Initiative reported on its success in sending an extra 1.5 million children back to public school as a workable model for the other provinces. Others proposed a massive investment in eLearning, and learning kiosks on every street corner.

Education reform campaigner Dr. Irfan Muzaffar sees a future in the private sector “adoption” of public schools, just as long as they remain free to all. TCF Chairman and co-founder Mushtaq Chhapra said the foundation is sharing the hard-won lessons it learned in the years since opening its first schools in 1995 with public and private educators, with the goal of helping millions more children.

A second conference is being planned for February 2015 in partnership with University of California, Berkeley’s Pakistan Initiative.

These are major steps in the process of reform. Pakistan’s sizable youth population could be the nation’s greatest asset — or its biggest liability. It is in all of our best interests to make sure they get the education they need to make the right choices.