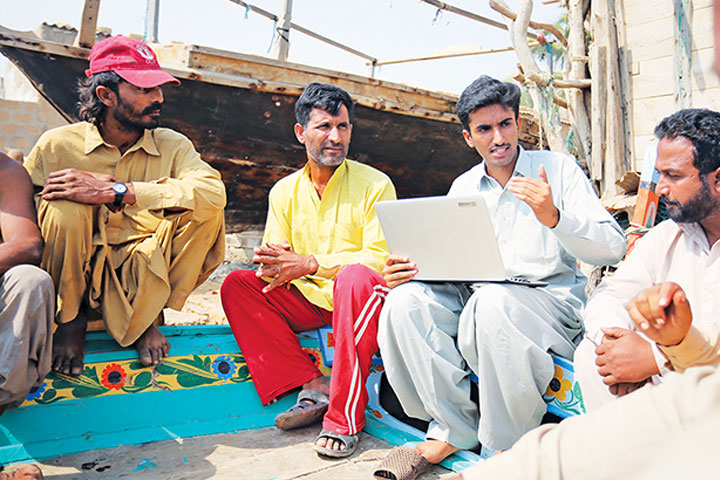 “Every Sunday, we get together to plant mangrove saplings. Everyone participates, including old men and children. It is important to protect the environment we live in. Fishing is the most integral part of our livelihood. Disappearing mangroves could mean less fish and increased coastal erosion and damage from storms. I want to help sustain our way of life.”

Mairaj Ahmed, a TCF graduate of the year 2012, is current studying in the National University of Computer Sciences – a top ranking IT university in the country. Hailing from Rehri Goth, a fishing village on the outskirts of Karachi, Mairaj is the first person in his extended family to have come this far.

Even as he works hard on developing himself and building a career through higher education, Mairaj deeply believes in taking responsibility for uplifting his community. With the respect he has earned through his academic progress (even the elders in his community call him ‘Saein’ – a mark of respect in Sindhi), he devotes a significant amount of time to drive efforts that can bring social progress and economic prosperity to his village.

Together with a friend, Mairaj has launched a Mangrove Afforestation project aimed at planting more Mangrove trees and preventing people in his community from illegal cutting of the forests. He also conducts awareness sessions to encourage participation in Mangrove conservation