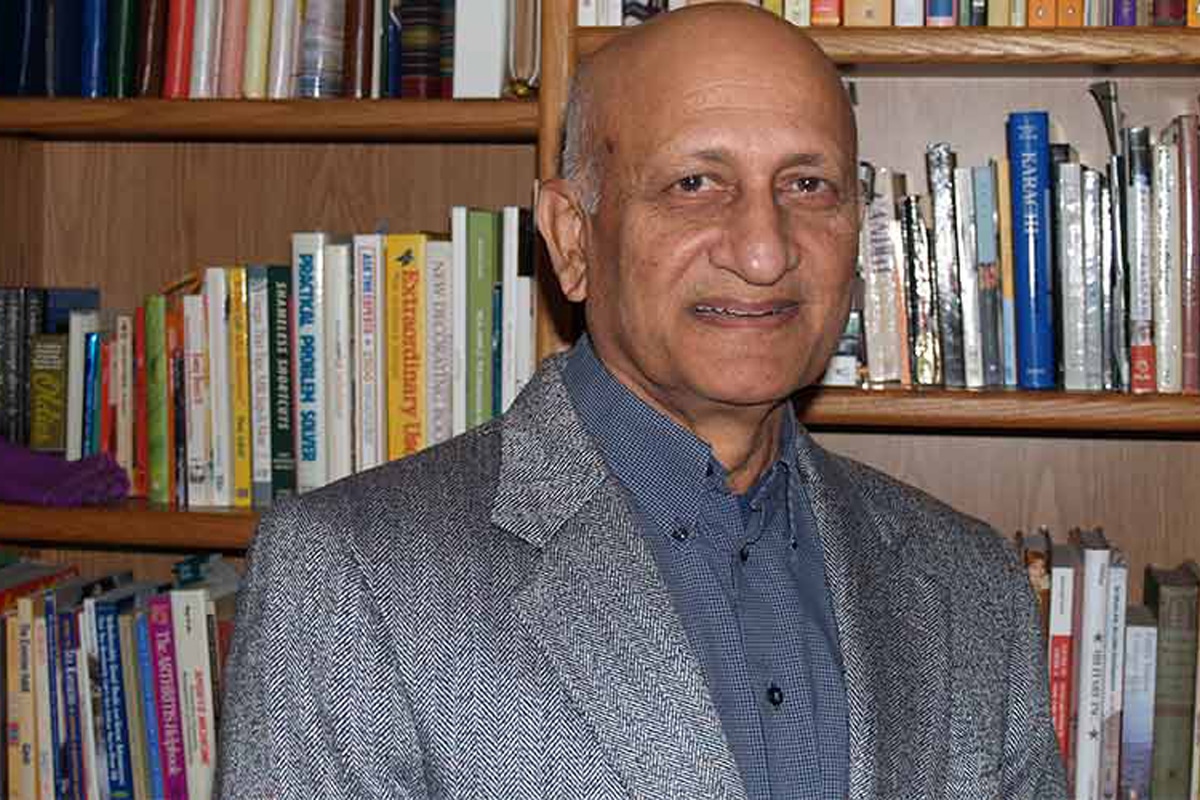 Renowned education reforms activist Amjad Noorani passed away peacefully in California, US, on Friday, June 3. Noorani had dedicated more than twenty years of his life to the cause of education and to The Citizens Foundation (TCF), a non-profit organisation. He served as a director on the board of TCF-USA.

He was also the lead-author of the book Agents of Change: The Problematic Landscape of Pakistan’s K-12 Education and People Leading The Change, published by Oxford University Press (OUP) in 2021.

“He built schools for the TCF and always had them dedicated in somebody else’s name but never his own. We pray for his spirit,” said Ateed Riaz, the TCF chairman.

His long-time friend, Mumtaz Feroz, said that he had always found him to be a caring and selfless friend. Feroz had known Noorani since their school days in Karachi.

Philanthropist, and TCF co-founder, Mushtaq Chhapra shared, “Amjad was a fighter. I have not come across a human who faced and fought his illness with such bravery and kept positive through it all. This is unheard of. Those of us who have had the good fortune of talking to him and working with him, know what a passionate human being he was. His service to Pakistan through various non-profits, especially the TCF, is known to his well-wishers. He will be missed deeply.”

Dr Adil Najam, the former LUMS vice chancellor and Dean Frederick S Pardee School of Global Studies, Boston University, said “Amjad sahib was a gem of a person, an inspiration, and a role model; a person of character and principle that we all will look up to forever. It has been a privilege and good fortune to have had lived in his shadow.”

“I have not come across a man as committed to making quality education possible for all children of Pakistan as Amjad Noorani,”shared Dr Irfan Muzaffar, a friend and confidant. “He remained an indefatigable defender of educational justice for all children. I have admired him as a reformer and cherished him as a friend. I will miss him dearly.”

Syed Asaad Ayub Ahmed, the TCF CEO, also paid his respects. “Amjad bhai was such a sincere, dedicated, and passionate person. Throughout his life, he advocated for educating children and was always pushing the TCF to do more. It was amazing how to the very last moments of his life he was active in the crusade. He has set the bar high for us all.”

Madiha Waris Qureshi, a friend and a colleague in the cause of education, shared a heartfelt note on Noorani on social media. “I met Amjad sahib 17 years ago, after joining the TCF universe in Karachi as a 22-year-old fresh graduate. As a longtime donor and volunteer, he would visit our office often from his homebase in California. I remember being intimidated by his intensity and blunt manner in those early days. But soon I’d learn that his penchant for asking tough questions drove us all to do better; to work harder towards the herculean task we had committed ourselves to. Working in Pakistan’s deeply broken education sector is no joke. Amjad sahib understood that. He is irreplaceable. I hope that his life full of compassion and service to family, friends and hundreds and thousands of strangers in Pakistan will go on to inspire people forever.”

“Amjad sahib was extremely passionate about the cause of education. He wanted to ensure that every child had access to good quality education in Pakistan and he worked hard for it. He wrote about it, worked with the TCF and other organisations and tried to motivate and create citizen-based groups for advocacy on this issue,” said Dr Faisal Bari, the LUMS School of Education dean. “His enthusiasm was contagious and hard to resist. May many follow his path. May Allah raise his stations.”

Salma Ahmed Alam, educator and Durbeen chief academic officer, says he was a great supporter of their work. “He produced a very rich book for generations to come.”

“Two meetings with Amjad sahib come to mind — the first and the last. The first was in the winter of 2007-08 in Karachi, at a TCF conference. He was called on stage. He came with his flute in hand. What I recall was his focus to get his craft right. The last meeting was online, a few days before he passed away, when he spoke to the audience at another TCF conference in Houston. What shone through was his commitment to the cause of education. These two instances encapsulate him for me. He was completely committed to helping children. And in doing this, and everything else that he undertook, he did it to the very best of his ability. May the Almighty cover him in His mercy,” says Riaz Kamlani, a Karachi-based educationist.

Umaimah Mendhro, founder and president of One League and VIDA, said: “While I only met Amjad Noorani sahib briefly, like thousands of others, he left a deep, lasting impression on me. His gentle formidable power; his compassionate fight for justice and equity; his love; his laughter; his passion; all of it will stay with us forever. While the world will not be the same without him, he is leaving us all more enlightened, compassionate, empowered because of the massive positive impact he made on every life he touched directly or indirectly. He will be missed. May we all follow his light and love.”

Noorani had battled pancreatic cancer since March 2020. He was 75, and lived these years to the fullest. His compassion, kindness, generosity and wisdom touched an incredible number of lives. Apart from thousands of children in Pakistan, Noorani leaves behind his wife of 52 years, Najma Noorani, two daughters – Zeba and Farah, a son, Ali Noorani, and three adorable granddaughters Aziza, Ayesha, and Zenaya. Funeral prayers for him were offered in California. Soyem and remembrance were held on Saturday at the library of Ibrahim Goth in Karachi.

The writer was mentored by Amjad Noorani for over a decade. Together, they published a book, Agents of Change (OUP, 2021)