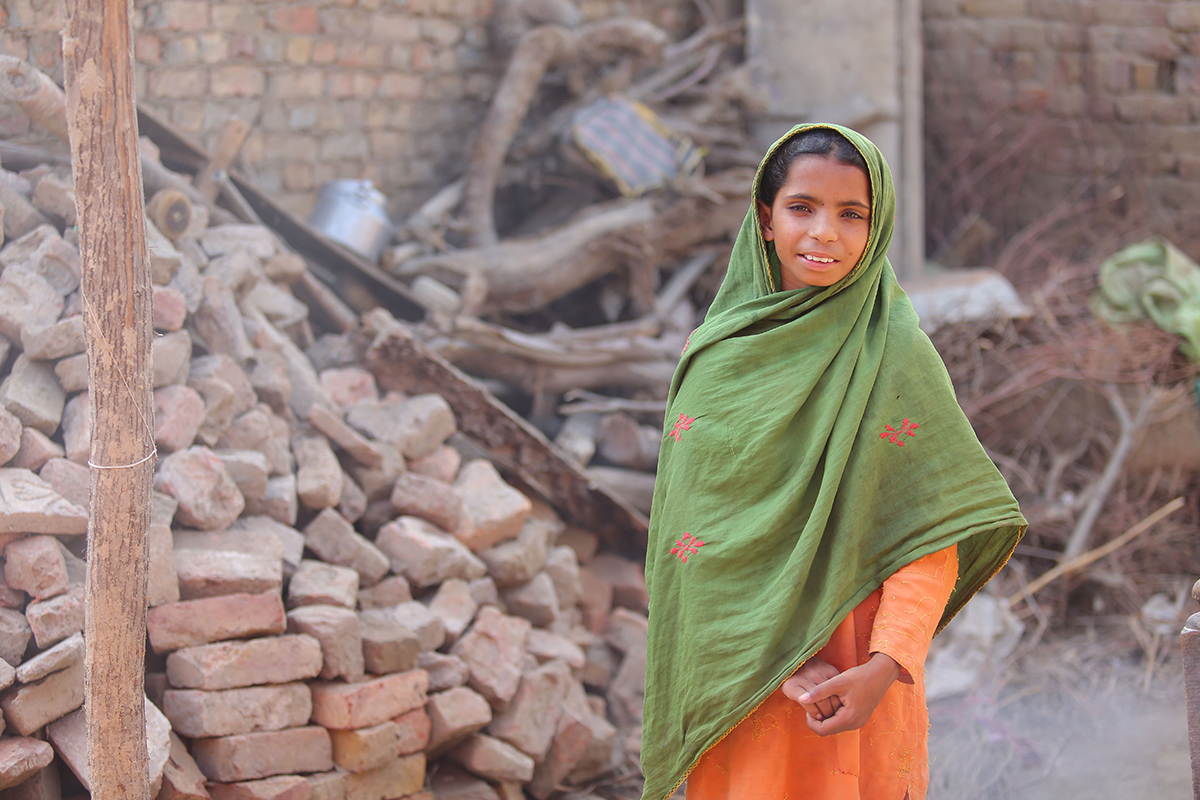 Panic took over as the floods tore through Soomro Goth, Jacobabad. Rabia’s mother hurriedly packed up a few belongings and her father safely led them out of their mud brick house, moments before one of its walls collapsed. Amidst the chaos, Rabia clung tightly to her school bag to save her books.

The family spent the next few sleepless nights in a makeshift tent. Rabia would often worry about her friends and teachers. “I didn’t know if they were safe and if I would meet them again,” she shared. While she longed to go to school again, Rabia kept herself busy with her books; they were her only source of comfort.

But a few days later, her eyes lit up when she saw her school principal, Ms. Raheela walking towards their home. Rabia sat by her principal’s side and patiently heard her father recount his story. Then, Ms. Raheela said, “There are no words that can make up for your loss. But in this difficult time, I want to help you find hope of better days in your children’s education.” Rabia listened intently as her principal continued to comfort and counsel her father to send her back to school.

Today, through broken, submerged roads, Rabia makes her way to school every morning, despite having spent the previous night under the open sky. She knows that while she has lost almost everything to the floods, she still has her education – and that fills her with enough hope and gratitude to go on.