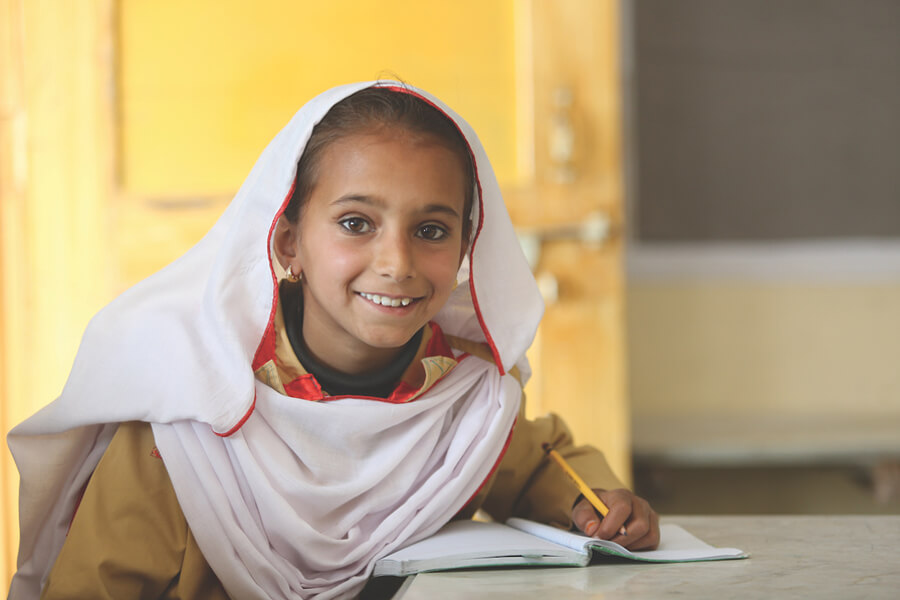 HOUSTON, TX, UNITED STATES, September 29, 2021 /EINPresswire.com/ — With concerns growing over the rights of women and girls across the border in Afghanistan, an education non-profit in Pakistan has been honored by the Library of Congress for its work in promoting female literacy.

Now The Citizens Foundation (TCF), which runs equal opportunity low-cost schools in the poorest and most vulnerable communities across Pakistan, has launched a ‘Back to School’ campaign to encourage families to send their girls and boys back to school to complete their educations that were abruptly interrupted by the pandemic.

Before COVID, Pakistan had the second-highest number of out-of-school children in the world. The World Bank has estimated that an additional one million Pakistani children are expected to drop out in the aftermath of the pandemic crisis.

As the largest privately-owned network of low-cost formal schools in Pakistan, TCF strongly believes it has a key role to play in mitigating this crisis. – TCF

As their families continue to face economic hardships, children from less privileged communities are being forced to take up work to supplement the family income. Girls are also facing the prospect of early marriages. The most vulnerable children, especially girls, are at increased risk of dropping out of school entirely. Bringing these children back to school is extremely critical because education is their only path to building a better life and escaping intergenerational poverty. 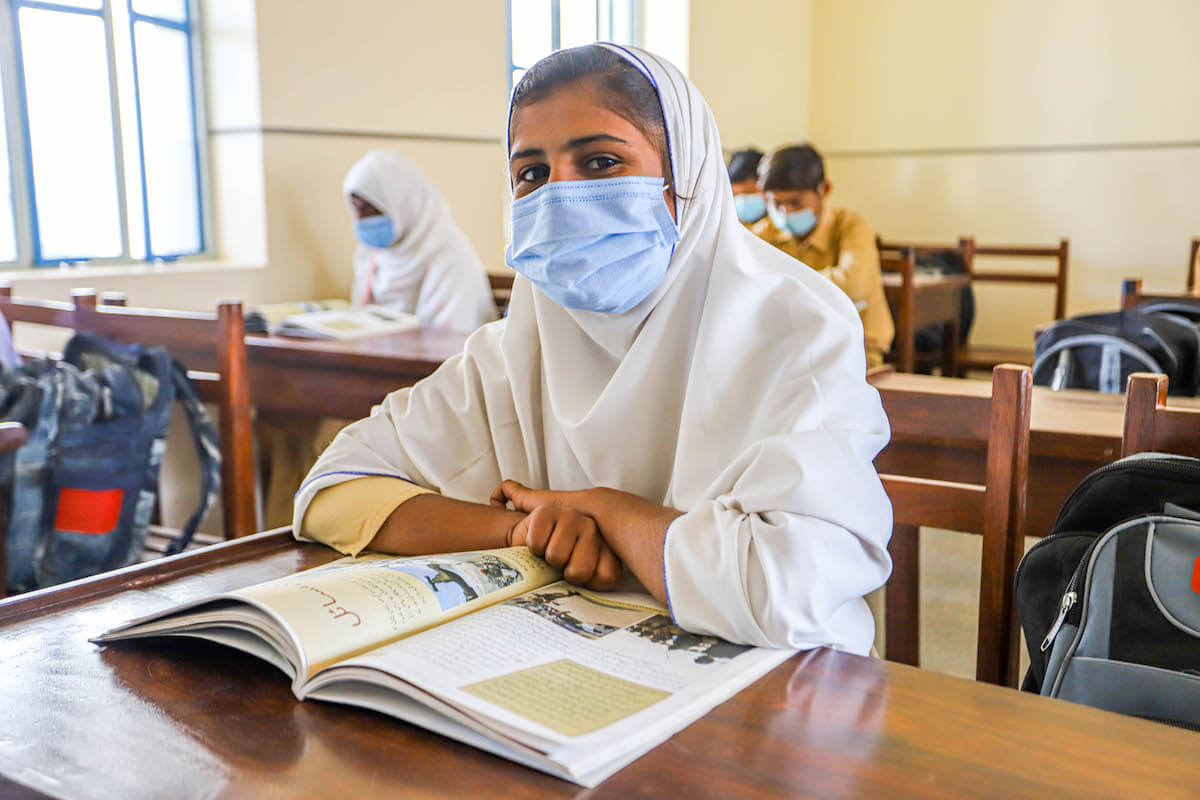 Pupils are happy to be back at school 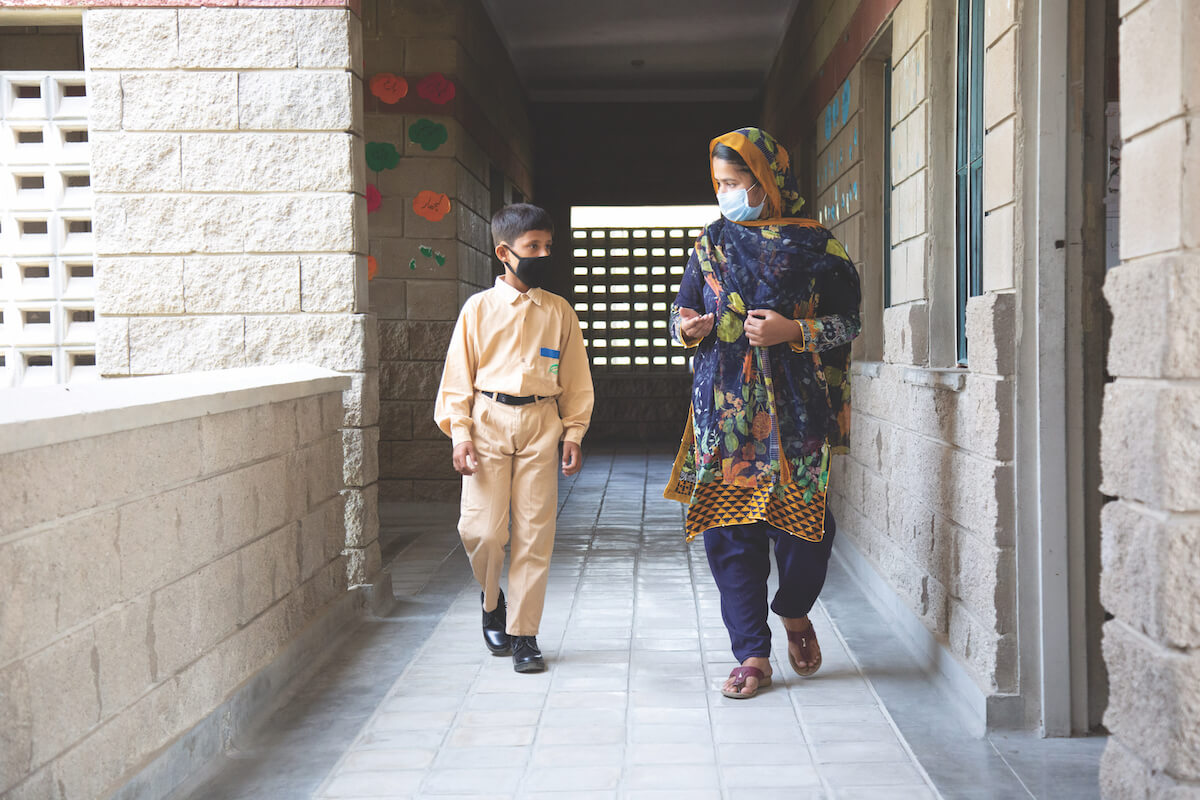 As the largest privately-owned network of low-cost formal schools in Pakistan, TCF strongly believes it has a key role to play in mitigating this crisis. It has accelerated its efforts to bring the less privileged children back into their classrooms and save their dreams and futures from falling apart.
The strategy is built around three primary objectives.

TCF’s all-female faculty of teachers and principals remained constantly in touch with students and parents during the pandemic, providing children with learning opportunities at home and keeping them connected to their schools. Principals were empowered to provide additional scholarships to children and even waive their token fees to help bring them back to their classrooms. TCF is also facilitating students by offering them more flexibility so they can continue their education alongside their work. At this time, they are also prioritizing their socio-emotional well-being over catching up on classwork to foster a relaxed and positive learning environment.

Nearly 42% of the country’s school-going children were enrolled in school before the crisis. Due to the economic trauma caused by the pandemic, low-income families find themselves unable to pay fees for private schools. . Moreover, since the pandemic, around 15% of private schools in Pakistan have shut down due to economic losses. TCF has accelerated its efforts to accommodate the private school dropouts by enrolling them into its own schools. TCF principals and teachers are actively conducting student enrollment drives in their school communities to make sure that no child loses out on education due to financial hardships.

To sustain its network of schools and to accommodate an influx of private school dropouts, TCF is working to expand afternoon schools shifts in the new academic year. By commencing additional afternoon school shifts in communities where they are needed the most, it will be able to bring in a greater number of students back to school and give them the opportunity to learn once again.

The Citizens Foundation runs 1,687 schools (including more than 350 adopted public schools) in Pakistan’s most challenged urban and rural communities with an all-female teaching staff and a focus on enrollment and retention of girls in schools. Gender parity in TCF schools is nearly 50%.

A community-based adult literacy program – Aagahi (literally ‘awareness’ in Urdu) teaches basic literacy and numeracy to women and young girls who missed out on going to school. TCF was recently announced as a Library of Congress Literacy Awards Honoree for its outstanding contributions to increasing literacy in Pakistan.

TCF is also the largest private employer of women in the country. In addition to 13,000 teachers and school principals, many women work in TCF departments involving strategic planning, academics, quality assurance, monitoring and evaluation of teachers, curriculum development, marketing, and school management.

An interesting fact: half the budget for TCF programs is raised through individual and corporate donations in Pakistan, the other half is through funding by generous Pakistani diaspora and international donors. TCF school alumni girls and boys from the poorest slums and rural communities are going on to university, becoming teachers, engineers, physicians, lawyers, and joining the civil service, police force, and defense services as officers.