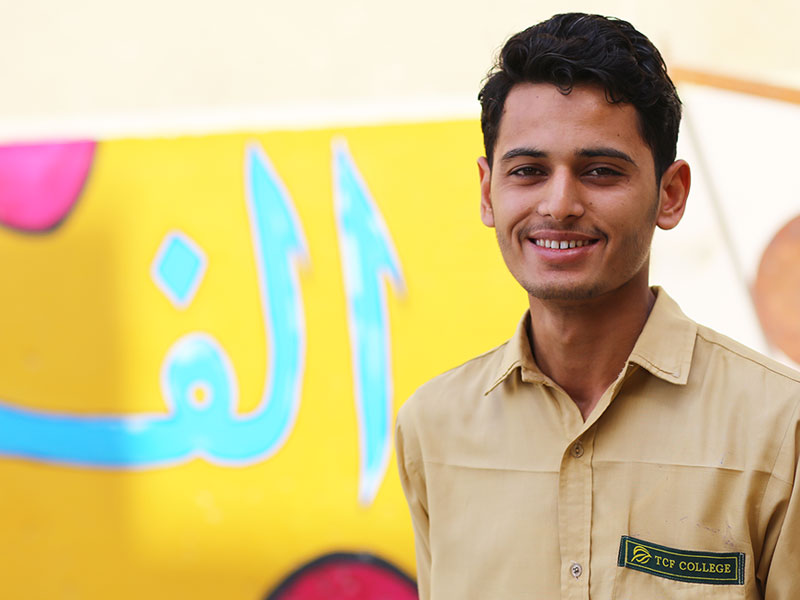 “When I came to this college for my interview, I was just sitting there nodding my head in a ‘yes’ and shaking it for a ‘no’ in response to almost every question,” recalls Abdul Basit Kareem, now a grade XII student at The Citizens Foundation (TCF) College in Karachi. “It wasn’t just because of a language barrier. For me, communicating in Urdu (Pakistan’s national language) or Siraiki, my mother tongue, were both equally strenuous.”

Originally from Ali Pur District Muzaffargarh, Punjab, Basit moved to Karachi along with his parents, four brothers and three sisters. On their arrival in the big city, they found that the academic year had already begun and getting into a school was difficult. His father, who works as a clerk, enrolled Basit in grade VII at TCF School at the suggestion of a friend.

“TCF was known in the area for taking in kids no matter where they came from,” Basit recalls.

Basit was a bright student with exceptional grades in grade X – success he credits his school teachers with – that had paved his way to college. But he remembers having little self-confidence to show for it. “I had so much to share but very little courage to actually say it out loud,” he says while conversing effortlessly in English, which now happens to be his third language. “If it wasn’t for my grades, I wouldn’t have gotten in.”

Basit is glad he got that opportunity, because he feels TCF College has completely transformed him into a well-spoken, self-assured individual. He goes on to share that many of his classmates suffered similar challenges with public speaking. One of the ways the college administration tackled these challenges was by organising weekly community meetings.

“The students would attend these meetings every Friday, and each one of us was supposed to go up on the stage and share something interesting with the rest of our peers. There was no getting away from these sessions, as attendance was mandatory and once you were in that session, there was no way you could get out without being on the stage!” Basit says. He remembers how he was often asked to go up the stage and at least say ‘hello’ to the audience. He now feels his life was transformed with each ‘hello’.

“I am also a lot more certain about my future now,” he says. He plans to join Pakistan Naval Forces as an electronic engineer. “Navy because it is my parents’ dream to see me in that uniform, and electronic engineering because that’s what I am passionate about,” he says with an unwavering resolve. Basit, who is the eldest of eight siblings, currently runs a rental electronics shop with a younger brother after college. His father rented this shop so his sons could help the family out financially as well as stay busy after school hours. 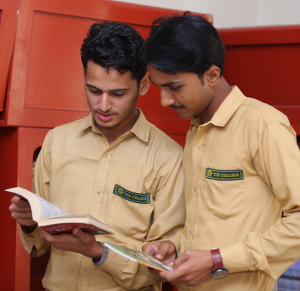 In determining his career choices, Basit benefitted from career counselling sessions that were arranged at the college. He says these sessions gave him a direction and made him believe he could achieve anything if he worked hard enough. He believes these sessions should be introduced early on in the academic life, so students can make informed decisions that align with their interests and passion in a timely manner.

“My younger sister is in school and she needs to decide on her majors before coming to the college. I make sure I guide her the same way my mentors guided me” says Basit.

TCF has partnered with the Citi Foundation to implement a Critical Employability Skills program for its college students – which is a part of the Foundation’s Pathways to Progress initiative. The program aims at developing graduating students’ employability skills through self-development modules, which are conducted through experiential learning activities, gaming, and speaker sessions. The program brings TCF closer to its vision of breaking barriers of class and privilege and making its students agents of positive change by involving them in confidence-building activities and enhancing their critical thinking, problem-solving, communication, and interpersonal skills. For years to come, every new class that starts at TCF College will benefit from the Citi Foundation’s supported programs.