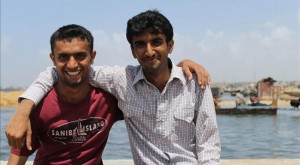 The two friends, Mansoor and Mairaj, both joined TCF in 2002 in Grade I, when the first TCF Campus was inaugurated in Rehri Goth which is an urban slum in Karachi. They had previously been studying in a local government school, but transferred to TCF Infaq Campus where they cleared …Read More