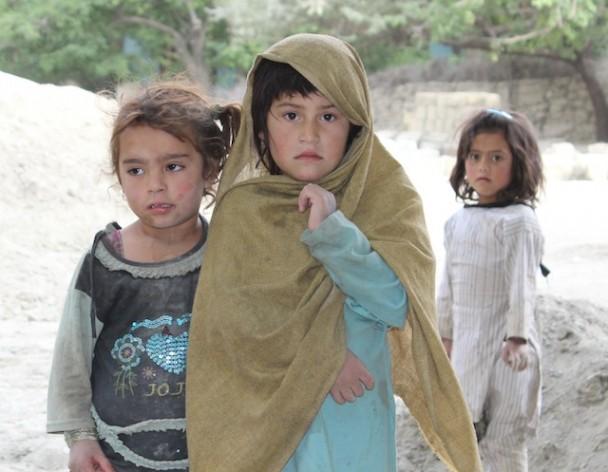 KARACHI, May 21 2015 (IPS) – Khalil Ahmed’s life story sounds like it could have come straight out of the plot of a Bollywood flick, but it didn’t. And that makes it all the more inspiring.

Residents of the sleepy town of Gambat, 500 km from the Pakistani port city of Karachi, where Ahmed was an all too familiar face, may not recognise the 12-year-old today.

Wearing a clean, pressed uniform and polished shoes, his hair oiled and neatly combed, and his fingernails immaculately trimmed, he is a far cry from the scrawny, dirty, bedraggled young boy of eight who, just four years ago, could be seen clutching his grandmother’s hand, pleading for alms from passersby.

Sometimes he would even beg outside the Behram Rustomji Campus – the school where he is now enrolled as a pupil.

Currently in the fourth grade, his teachers say he is one of the brightest kids in his class of 20 students, 13 of whom are girls.

Located in Pipri village, where over 95 percent of the roughly 1,000 households earn their living by begging on the streets, this humble institution has given Ahmed a rare chance to receive an education, in a country where 42 percent of the population aged 10 years and older is illiterate.

In this remote village, 45 km away from Sukkur city, the third largest in the Sindh Province, Ahmed and scores of other children like him are moving gradually away from the begging bowl and closer to pencils and schoolbooks, implements far more suited to young children with any hope of a decent future.

The school is run by a non-profit organisation called The Citizens Foundation (TCF), created in 1995 by a group of ordinary citizens who were appalled at the dismal state of Pakistan’s education system.

True to its pledge, TCF today runs 1,060 ‘purpose-built’ schools all across the country dedicated to serving the most marginalised communities and to removing class barriers that hinder opportunities for the poor, who comprise 22 percent of this country’s population of 180 million people.

Prior to enrolling at the Behram Rustomji Campus, Ahmed was both the product and the image of the vast inequalities that plague Pakistani society, hindering its efforts to reach the United Nation’s Millennium Development Goals (MDGs), whose deadline expires later this year.

Poverty and illiteracy are among the most severe challenges to Pakistan’s development, and although some progress has been made to level the playing field and give all citizens a fighting chance, huge gaps still need to be closed.

For instance, according to the Pakistan Education for All 2015 Review Report, published in collaboration with the U.N. Educational, Scientific and Cultural Organisation (UNESCO), an estimated 6.7 million children are currently out of school, the majority (62 percent) of whom are girls.

Of the roughly 21.4 million primary-school-aged children currently enrolled in schools, only 66 percent will survive until the fifth grade, the UNESCO report predicts, while 33.2 percent will drop out before completing the primary level.

The situation is worse for street children, who in order to help their destitute families make ends meet, are forced to wander for hours eliciting spare change.

The Society for the Protection of the Rights of the Child (SPARC) believes there are about 1.5 million children living and working on Pakistan’s streets.

Few will ever see the inside of a school, or find decent work. Most are simply condemned to a life of poverty among the ranks of the 22 million people here who earn less than 1.25 dollars a day, according to the World Bank.

Experts are agreed that absent a decent education, children born to low-income families are far less likely to climb the socio-economic ladder.