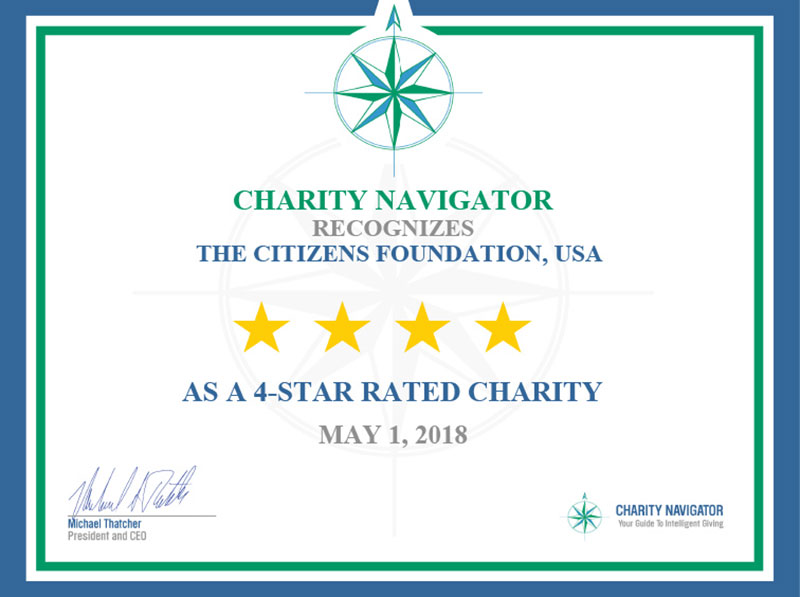 Charity Navigator says TCF-USA outperforms most other charities in America

TCF-USA has been awarded a 4-star rating for the fourth consecutive year by Charity Navigator, America’s largest independent evaluator of charities.

“This is our highest possible rating and indicates that your organization adheres to sector best practices and executes its mission in a financially efficient way,” said Charity Navigator CEO Michael Thatcher.

TCF-USA’s chapters support TCF’s goal of bringing about social change through education. With its active network of over 30 chapters in cities across the US, donors have helped build and support over 200 elementary and secondary schools.

Charity Navigator helps guide intelligent giving by evaluating the financial health, accountability and transparency of charities and by providing data about 1.6 million nonprofits.