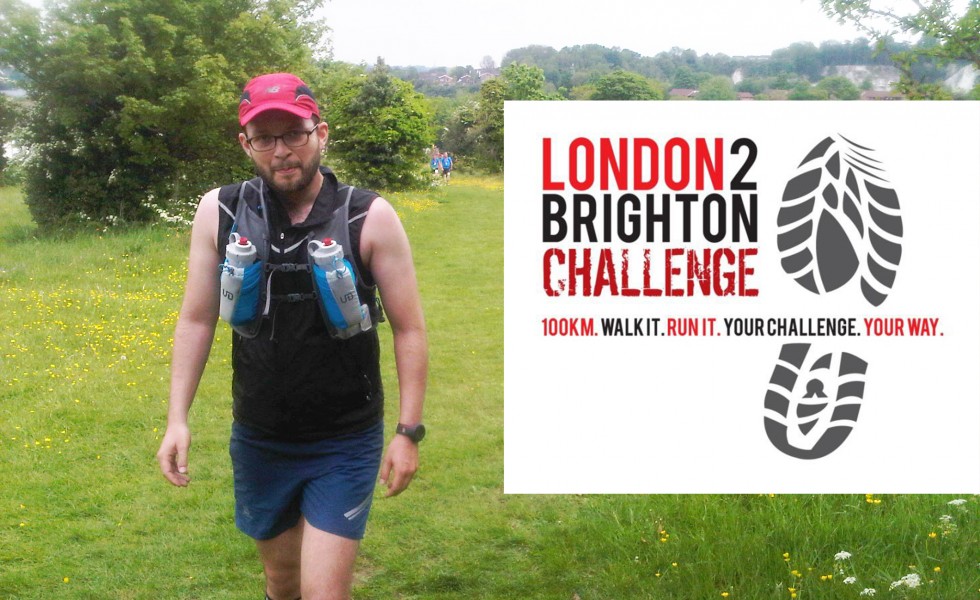 The terrorist attack on a a public school where more than 140 individuals were killed (most of them children) sent shock waves across the world and left a mark on British-Pakistani, Talha Khan. Troubled by this egregious act and its larger implications for Pakistan, Talha Khan decided to take action. Earlier this year, he undertook an “ultra marathon,” the name of any footrace lasting longer than a traditional marathon (42 kilometers or 26 miles). This journey of physical grit and endurance also brought Talha closer to a firm belief that education is the road to bringing about positive change in Pakistan. Through the sponsorship of his journey, Talha raised enough money to build an orphan school for The Citizens Foundation. In this blog, Talha Khan recounts his experience running an ultra marathon for a cause.
The race started at 0610 on Saturday, and I crossed the finishing line at 0130 on Sunday, finishing 212th overall in a field of 6,000+ runners/walkers. It was a challenge like none other I have attempted before (and certainly the longest I have ever run/walked by quite a distance!), with its fair share of highs and lows, trials and tribulations. Slightly bruised and battered, I completed the race in just over 19 hours. Just finishing the race is an accomplishment in itself. Out of the 6,000+ runners/walkers that started, 1,136 crossed the finishing line in the 35 hour time cut-off. During the first half of the distance to Brighton, I was focusing on what I was doing. In the second half of the distance, I began to reflect upon why I was doing it.
I was drawn towards this fundraising challenge after the tragic terrorist attack on school children in Peshawar that resulted in the senseless deaths of 145 innocent students and teachers. Amid the heartache of the events that day, I decided to do the little that I can to invest in Pakistan’s future, and support an organization that is at the front line of fighting ignorance with hope. The Citizens Foundation was one among 300 charities that were being sponsored by participants in this grueling challenge.
What started out as an athletic feat turned into a great philanthropic endeavor. I was able to raise enough money to fund the initial construction of a school in Pakistan (complete with operational expenses and scholarships) for an entire year. It is simply incredible and well beyond what I thought was possible when I embarked on this journey nearly six months ago. I asked TCF to locate the school in Peshawar or in the tribal regions of Pakistan in memory of the tragedy that took 141 young lives.
I am extremely touched and humbled by the extreme kindness extended to me over these past few months as I began training for this endeavor. Encouraged by the response I received this year, I am trying to find ways of making this an annual/ongoing effort – it is both fun and meaningful. While the distance remains, without a doubt, a formidable challenge, it pales in comparison to the challenges faced by families who have become victims of the senseless violence that has claimed so many innocent lives in Pakistan. For me, that perspective became the driving motivation that defined my objective. And to the degree that this effort has generated sufficient funds to support an orphan TCF school, it is well beyond anything I could have dreamed of achieving when I set out with the goal of doing a little bit to help those most in need of our support.
Talha Khan ran the London 2 Brighton Ultra marathon for The Citizens Foundation and is a Political Economy Analyst at Capital Group in London.
TCF-USA interns, Sabina Raja and Tehreem Sadiq, contributed to this post.