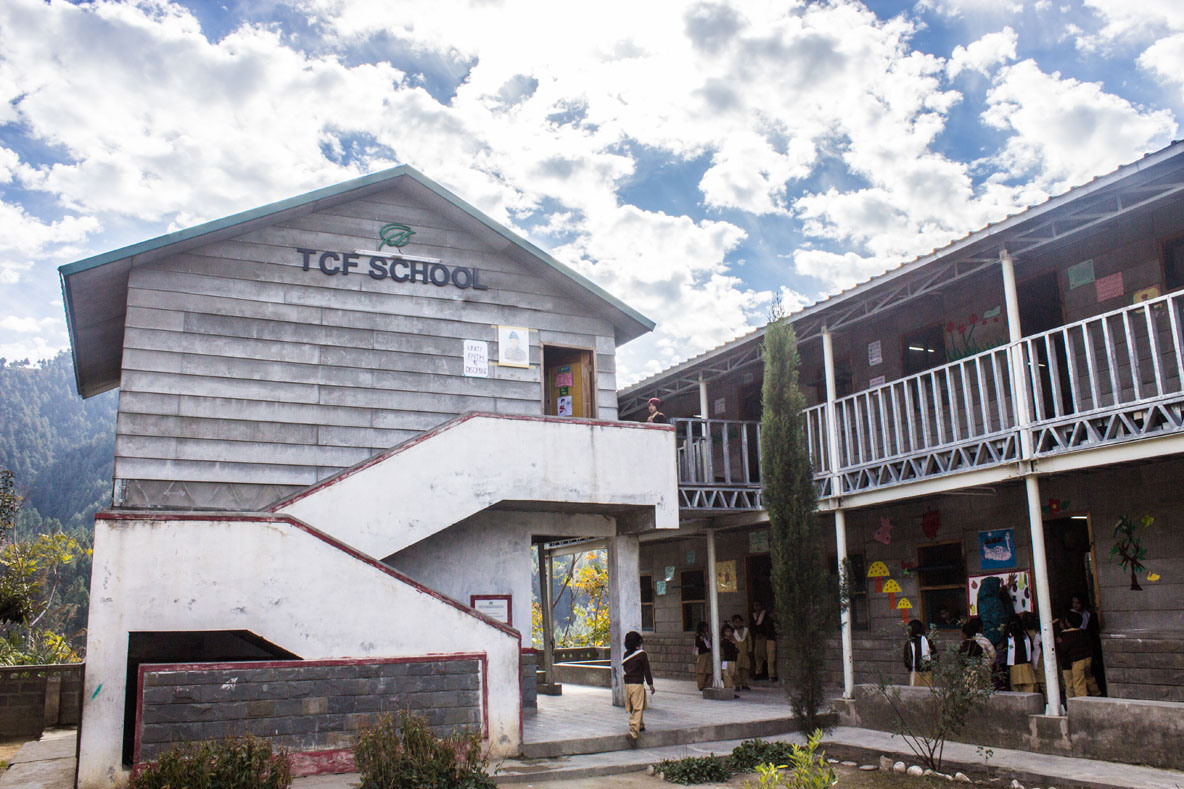 TCF Volunteer, Amani Ahmed, holds computer science workshop for TCF students.
March 21, 2016
A few years ago I was introduced to the TCF family when I attended my first TCF Gala for the Washington chapter in 2012. I was truly amazed at TCF’s dedication to enriching the lives of impoverished children in Pakistan through education. After attending the TCF Gala and spending time with the influential change makers at TCF I knew that I wanted to be a part of their mission to educate.
Three years later I found myself in a position to work with TCF on the ground level by volunteering in one of their schools in Pakistan. Initially I was unsure, where I could apply my skill set within the TCF system. I don’t speak Urdu and I had only one week during my winter break to travel. Additionally, during my winter break TCF students are also on break, suffice to say I couldn’t teach a workshop to students if there are no students to teach!
Despite the doubts clouding my mind, both of my parents reassured me that if I worked hard and remained motivated, it would happen. I wanted to find a way to merge my interests with something that would be useful to the TCF students, and so I decided that if I traveled to Pakistan, I wanted to host a workshop about computer programming. I have been learning programming for the past few years through a program in my high school, the Academy of Information Technology. Computer science is now a vital role in our society today, but education on this rapidly expanding field is lagging behind – especially amongst girls. Promoting computer science to TCF students not only expands their knowledge but also advances the future of Pakistan.
I knew that it would be difficult to start teaching high-level programs like Java or C++ to TCF students in the few days I would have there, so I decided to teach Scratch. Created by MIT students, Scratch is a simplified and fun programming tool, with which kids can make games, interactive stories, and animations. This software is meant to introduce kids to the logic and math involved in programming and allows them to express their creativity. I learned Scratch in middle school so I was familiar with it and I knew that it was not too difficult for others to pick up quickly.
We contacted Mrs. Shimmi Kidwai, President of the TCF Washington D.C. chapter, to help us get started with our proposal. After several e-mails and phone calls, we got in touch with Ms. Sahar Soomro, a representative from the TCF Headquarters in Houston. Ms. Soomro contacted the TCF headquarters in Pakistan and we were soon ready to go! Our final plan was for me to visit the TCF headquarters and then give a two-hour presentation of Scratch to 9th and 10th grade students. Luckily, some students were going to be at school to study for exams.
My father and I made our journey from DC to Karachi and spent a few days with our family. Finally the day came that I was going to visit the TCF campus in Korangi, Karachi. I was nervous but simultaneously overflowing with excitement. Our drive to the school took us off of a main road onto a tiny dirt road past an open sewer lined with piles of trash. On the other side of the river-like sewer, there were children and animals running through their village, which was comprised of small cramped buildings. Finally, we reached an opening where the tall, sturdy school stood out among the dismal scenery. The welcoming looks of the building represented hope and the opportunity for growth in the surrounding poverty. We stepped inside the school and found a three-story open building with the sun pouring in.
I set up my presentation in a classroom and soon about 20 students walked in. With crisp uniforms and wide smiles, they were eager to start learning. My father and I introduced ourselves and we set up a casual and friendly tone to make the experience more enjoyable for everyone. With my dad cracking jokes, the students relaxed and so did I. He also offered to translate to Urdu any parts of my presentation if I went too fast or I introduced terms that they didn’t fully understand.
I began my presentation slowly and continuously stopped to check for understanding. Fortunately, many students seemed to understand quickly and rarely needed any translation.
In my presentation I introduced the interface of Scratch and how to make an animation. Everyone was amazed at how simple it really was. Then, on a couple laptops that we had brought with Scratch already downloaded, I let the students follow me as I instructed them how to recreate the classic game, Pong. Soon after my demonstration, the students were already thinking of ways to customize the game, such as adding extra balls or making the background change colors. The creativity flowing throughout the room was electric.
I will never forget this experience. In the short span of my workshop, I felt a connection with the students despite our different lives. My hope is that I inspired at least one of the students to continue thinking about how they too can use computer science to advance their futures. It was an honor to have the opportunity to share my passion for computer science with them. I look forward to returning someday to provide more avenues of opportunity to the children of Pakistan. 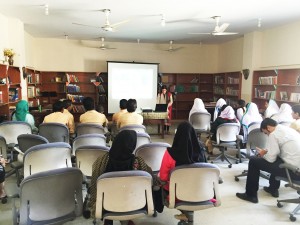 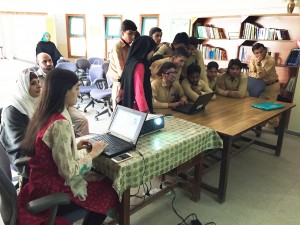 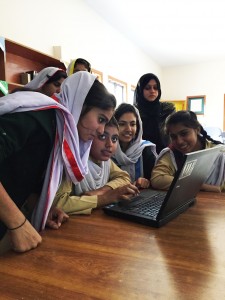 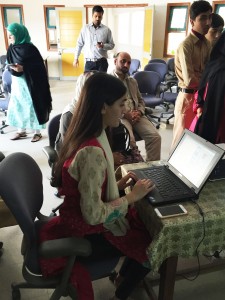 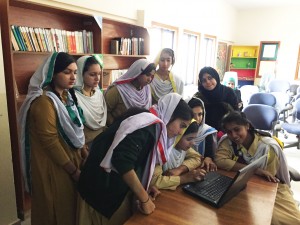 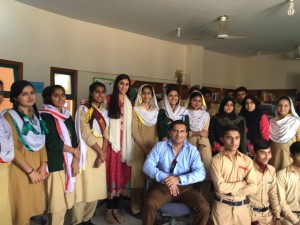 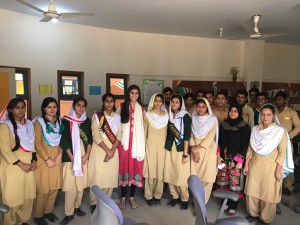