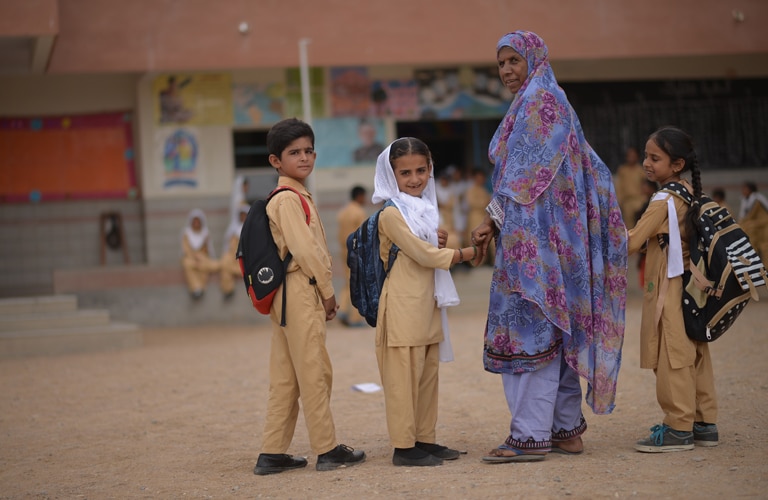 According to UNESCO, ‘A major reason for poor performance of many linguistic and ethnic minority children is that they are often taught in a language they struggle to understand. It limits their ability to develop foundations for later learning and negatively affects their cognitive development.’

An important aspect of education is learning how to read and if children have not learnt how to read, chances are they won’t be able to read to learn. Establishing a steady foundation in one language is therefore of utmost importance in the early six years of education and building that groundwork with one’s mother tongue helps develop the basic literacy skills in reading, writing and arithmetic.

Multilingual countries like Finland, Indonesia, Philippines and India have tried the three-language formula and have concluded that the gradual introduction of language from the mother tongue to the official/national language and then to an international language will deliver the best learning outcomes in schools.

With more than 61 living languages, Pakistan is defined by its linguistic diversity in numerous languages like Pashto, Sindhi, Punjabi, Seraiki or Balochi. Due to TCF’s countrywide network, TCF had to face this challenge of lingual diversity in classroom from the very beginning. Using any language as medium of instruction necessitates development of textbooks, training resources and academic support in that language which entails significant complexity and costs. Given limited resources upon inception, TCF opted for Pakistan’s national language Urdu as medium of instruction in all schools across Pakistan, based on its role as unifying language and a language that is commonly accessible in most communities while English was chosen to be taught as a language subject.

Current partnership with Thar Foundation has allowed TCF to take a step forward from its current language model.  TCF has now thoroughly researched the three-language formula with the help of a team of experts consisting of Acumen fellow Ajay Pinjani, who has a social enterprise called Ek Nuqta (One Dot), and Ayesha Mehkeri, who has a Masters from London School of Economics, among others. This team, overseen by Unaiza Ayub, the Head of TCF’s academics and a graduate of the Harvard School of Education interviewed over 130 language experts, educationists, and researchers in Pakistan and around the world. They poured over 250 academic studies, studied over 15 global and local MTB-MLE models, and conducted a sociolinguistic survey with the population of immediate interest in interior Sindh. This research breaks The Mother Tongue Based Multi-Lingual Education (MTB—MLE) process in three points.

Social Utility which leads to higher self-esteem, parental involvement and respect for culture.

Academic Utility that leads to stronger skills in additional languages because of a strong mother tongue, decrease in dropout and increase in in-classroom interaction.

Well planned and well-implemented MTB-MLE program contributes to the all-round development of the child in an academic environment and produces students who are multilingual, multicultural and well equipped to contribute to nation’s development goals. Introduction of MTB-MLE leads to reduced dropout and failure in school, increased school attendance and more involvement of parents and community in the education process.

Using the findings of this research, TCF hopes to gradually implement an MTB/ MLE model tailored to the context within which TCF schools operate. In 2018, TCF partnered with Thar Foundation to develop and implement a mother tongue based multilingual education model in TCF supported schools in Tharparker with potential to scale across the province. TCF is now entering the second phase of developing capacity and resources for the aspired multilingual education framework and is proud to be at the forefront of this groundbreaking initiative.