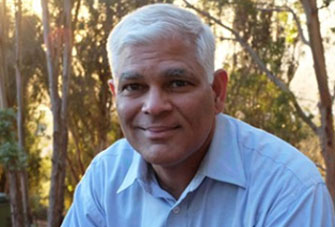 Shashi Buluswar, PhD, is the founder and CEO of Institute for Transformative Technologies at UC Berkeley. Dr. Buluswar, who has advised leading global nonprofits, writes why TCF is a model of excellence.

Let me just put it out there: I’m Indian. Everyone knows that when it comes to anything Pakistani, there are very few things on which Indians will offer unsolicited compliments. Pretty much all of them have to do with cricket; specifically, Pakistani fast bowlers. Some Indians will even acknowledge, however grudgingly, that in a contest between the two Prime Ministers, Imran Khan may be a better swing bowler than Narendra Modi. So when an Indian zealously, profusely praises something Pakistani, you know it’s got to be good.

Over the years, I have advised and analyzed over 100 of the world’s leading NGOs working on health, education, food security, human rights, and other pressing issues. I can say — in no uncertain terms — that The Citizens Foundation is among the most effective NGOs anywhere in the world working on any issue; arguably, it is the world’s single most effective NGO in Education.
issue.

Here are five objective metrics which tell us exactly how good TCF is:

1. Sheer size: With over 250,000 students actively enrolled across more than 1,500 schools, TCF is one of the world’s largest private nonprofit education systems and, by far, Pakistan’s largest.

2. Quality: Size matters only if quality keeps up, and there’s plenty of evidence for that as well. TCF enjoys an 86% attendance rate compared to 62% across Pakistan and 76% across South Asia, according to UNESCO data. 95% of TCF’s students graduate secondary school, compared to about 50% and 60% across Pakistan and South Asia, respectively. Importantly, over 40% of TCF graduates attain higher education, compared to the nationwide yardstick of 6%.

3. Reaching the most vulnerable: Virtually 100% of TCF’s students come from Pakistan’s poorest communities where the average income is less than $1.75 per day. These families often depend on every able-bodied person to work, and hence face the highest opportunity costs in sending children to school. In addition to poverty-driven pressures, societal norms often oppose educating girls especially as they get older. Nationwide, there is a 10+ percentage point difference in enrollment rates between boys and girls in the 9-17 year age group. In that backdrop, TCF, as a matter of policy, ensures that 50% of its students are girls.

4. Efficiency: It costs TCF $144 per year to educate one student. By comparison, the government of Pakistan spends almost $200 per student per year.

5. Catalytic effect: As impressive as the above metrics are, perhaps the most impressive measure of TCF’s model is that state governments are asking it to operate their schools. To date, almost 275 schools from Punjab, Sindh and Khyber Pakhtunkhwa. This model of public-private partnership offers perhaps the strongest platform for TCF to extend its reach to millions of students in the coming years.

In summary, in one of the toughest contexts for Education—particularly girls’ education—TCF has accomplished what would be considered remarkable even in contexts that are significantly more supportive. As impressive as these results are, I have every reason to believe that the arc of TCF’s journey still has a long way to go. That’s because TCF has a carefully constructed methodology to ensure that its model and success are consistently replicated from one student to the next, one teacher to the next, and one school to the next.

That method has many facets, most too esoteric to describe in this short article. Here are some highlights: every teacher is handpicked and goes through rigorous, ongoing training; the fees are on a sliding-scale basis so that even the poorest of the poor can afford education while also enjoying a sense of agency by virtue of paying for it; 100% of its faculty members are women, which dramatically increases the trust parents (especially parents of girls) place in schools; they insist on, and invest in a culture of education in the families they serve. And most importantly, they have an intensive performance assessment system which allows TCF’s management to keep an active finger on the pulse of its vast network of schools, teachers and students.

For me, personally, perhaps the most telling measure is this: I went to perfectly adequate middle-class schools in India, and eventually ended up teaching at the University of California – Berkeley. But comparing my own school experience to what I observe of the typical TCF student’s, I would have happily gone to TCF instead.

These can seem like difficult times. Countries everywhere are electing autocrats who value greed and power over human rights and development; communities around the world are retrenching into “us vs. them” that tore the world apart in eras past; the “Me Too” movement is reminding us exactly how egregiously men exploit their structural power over women; and all the while, the effects of climate change rage on. If you’re Muslim, you can add on the stress of constant, toxic Islamophobia. Pakistan, certainly, has had more than a fair share of problems. No matter where you look, it can be hard to find reasons for optimism.

I work in global development, doing my little bit to improve the lives of communities left behind. My profession, even in the best of times, can feel like an overwhelmingly uphill battle. Whenever I get tired of fighting uphill battles and need to recharge; whenever I search for hope in these very challenging times; and whenever I want to learn from a model of excellence, I look to this institution I fell in love with on my first trip to Pakistan 15 years back.